Another inspirational, educational, thought-provoking and entertaining post from the master of mysticism, Ash Silverlock and his wonderful blog ‘Fabulous Realms’! Thanks for this sweetie, I always enjoy your posts so much. Check it out folks, this is a celebration of Midsummer! 😀 xx

The festival centered upon the summer solstice – known as Midsummer Day or Litha – was an auspicious time for ancient peoples. It was at Midsummer that the Holly King, God of the Waning Year, was believed to encounter and vanquish the Oak King, thereby succeeding in usurping the reign of the year. In Celtic mythology the lord of summer ruled the light half of the year and was a young God, fresh and child-like in many ways. He was often depicted much like the Green Man or the Lord of the Forest, covered in greenery and made to look as though the top of his head was an oak tree, hence giving rise to his alternative moniker of the Oak King. The Oak King represented fertility, life, growth and opportunity and is thus linked with several legendary figures associated with nature and rebirth, such as Robin Hood, the Norse god Balder, the… 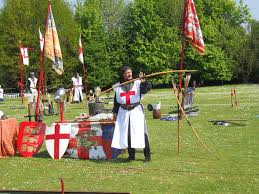 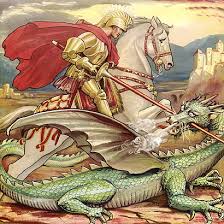 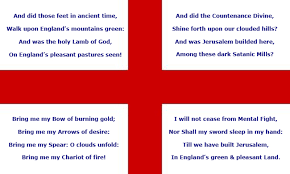 While those who know me best, know that I tend to roll my sleeves up and just ‘get on with it’. I must admit to having found myself incapacitated recently, a feeling I am NOT used to. No matter how rotten I may be feeling with colds, flu’s, even toothache, I tend to put a brave (often smiling) face on it and just dig deep and carry on – it’s that whole daft ‘stiff upper lip’ mentally we British feel obliged to follow.

I am if nothing else, a hard worker and a pragmatist who likes to make progress and achieve my goals, even if it’s against the odds. So, imagine my frustration when something comes along that really stops me in my tracks…I speak of the curse of labyrinthitis.

Suddenly the simplest tasks that you take for granted become impossible, looking at the television, a mobile, or a computer screen, all incurs dizziness. All you can do is just lie or sit still and hope that it passes. Sometimes it does, sometimes it doesn’t.

But as with all things in life…it’s relative. Just as I was feeling particularly poorly and sorry for myself, I got a sharp reminder that as conditions go, there are FAR worse so I shouldn’t complain. I’ve had dear friends touched by the insidious hand of cancer, who have struggled against that disease with such stern determination and grace, and others fighting type 1 diabetes who take each obstacle in their stride.

So, no moans and groans…I shall be thankful for the sunshine, the signs of spring bursting eagerly from beneath leaf mounds and mud, the streaks of blue sky between the cloud, the wild ducks that fly in and argue loudly on the lawn and the fact that my lonely moorhen has found himself a new wife after the cruelty of a harsh winter and hunting mink.

Forget sickness, forget feeling rather low and tearful, life is a wondrous marvel and even if I can’t do very much at the moment, I shall breathe deep and drink in every moment of it and be thankful for small miracles.

Here are just three marvellous moments that have happened in the last few weeks.

Firstly and for no apparent reason at all, other than the strange whimsical nature of the web, my lovely little blog had an amazing few days! From attracting nearly 900 visitors on one day, it then attracted 2,386 the next!!!! Pushing my little blog past 13,000 visitors!

Then my short story, ‘The Wishing Tree’ was selected by ReadWave http://www.readwave.com/ to be part of their Staff Picks, for t

Oh…and it’s featured in The Bedlam Media Daily too in the leisure section! http://paper.li/bedlam_media/1315567686#!leisure

So before my dizziness returns, I just want to say a heartfelt and massive THANK YOU to you all!!!!! You really are the BEST!!!

Here’s a little something to make you all smile…The Cream’s ‘Sunshine of Your Love’…rock it boys!!!!

Like many of us, I’m sure, it’s true to say that I’ve been doing some frenzied juggling of late.

Between heavy workloads, writing my second book, other creative commitments, family life and life in general, my ‘Daily Hello!’ has undoubtedly become a ‘Weekly Hello’!

So, I am utterly astonished, thrilled and very humbled, that my little blog, which only started life at the end of January this year, has passed the 2,000 hits mark!!!

Thank you to all my supporters, whether you are frequent visitors, friends or inquisitive one-time frequenters. I welcome you all, and to you all, I give my heartfelt thanks.