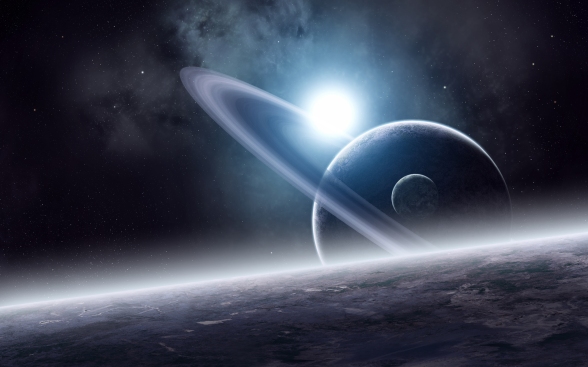 This is the fifteenth outing of a new blog series, as I dabble my toes into the mysterious waters of author interviews!

The Distant Worlds strand started a few months ago, focusing on fellow fantasy and sci-fi authors from ultra-cool UK publishing house, Grimbold Books and their imprints, Kristell Ink and Tenebris Books – a bunch of uber-talented and whacky characters who I am also proud to call friends. Check out their cool titles while they’re still at bargain prices! hyperurl.co/GrimboldBooks

A World Of Their Own – an awesome anthology of fantasy, sci-fi and literary short stories, with ALL profits going to charity!

But now we’re branching out and will be zoning in on an extraordinary group of people, The Alliance of Worldbuilders (AWB), who I am also VERY proud to call close friends.

The AWB – a bunch of uber-talented fantasy and sci-fi writers and artists who met on the HarperCollins writing site, Authonomy, back in 2010. We formed The Alliance of Worldbuilders, a friendly, inclusive and wacky group and our collective friendships have seen us through some very hard times, including the sad loss of one of our own, Lindsey J Parsons. In honour of Lindsey, our dear friend who tragically died in January 2014, the AWB have created an awesome anthology of short stories, which was published in glorious paperback and e-book on 4th September 2015! It makes the perfect prezzie and ALL profits go to charity, the World Literacy Fund, fighting illiteracy around the world, so grab a great book and help a great cause too! Amazon UK & Amazon US

Right, now to our fifteenth author interview, and our third AWB interview, our very own fantasy castle of paranormal loveliness… 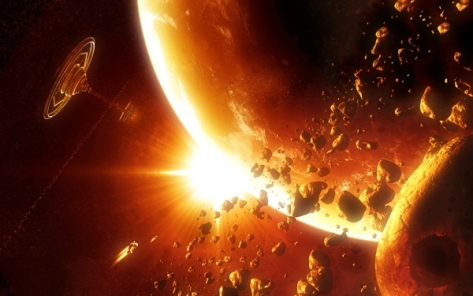 Andrea, YOU find yourself cast adrift in deep space, your colony pod’s life support is failing, your only chance of survival is a distant habitable world…

Oh there are so many unanswered questions about this distant world Sophie, and my first thought was my family, but as I wouldn’t travel without them they’d be right there with me! So, all that said…

That’s a difficult one, and some things would be with me anyway, so they don’t count in the five, do they? I’m thinking of the rings my husband gave me that I always wear. The others, let’s see…

I wouldn’t actively seek out others, I’m quite the introvert, so I’d stick with the close group I have to be honest. Having said that, I wouldn’t turn them away if they found us and were friendly.

Sorry, I admit they’re almost all series, so I guess I’ve cheated a little. 🙂

Vodka, although I’m not a heavy drinker of spirits, I don’t think I’d want to think too much about my predicament!

Random comet question: Marmite – love it or loathe it?

Loathe it, completely and utterly!

My latest book is too raw to work this one through properly, so I’m going to focus on the current release, if that’s ok?

‘Leah’s nightmares are trying to tell her something, and will stop at nothing. When the dreams don’t get through, the message becomes physical in her waking life. What will it take for her to realise the truth?’

Once my immediate needs are dealt with (food, water, shelter, heat, I would spend my time reading, listening to music, and writing. This is suddenly starting to sound like bliss!

That’s a really hard one, because of the ripple effect. We’ve just had Rememberance Sunday here, and I’d love to be able to stop so much death and destruction, but as history has proven, there is always going to be someone rising up trying to dominate the rest of the world. Perhaps I’d go back to the creation of man as we are today (however you believe we got her) and remove the gene that makes people hate one another and want to destroy anyone that disagrees with them! But then, perhaps we wouldn’t survive as a race then… Maybe I could wipe out the creation of guns and explosives…

Yes, providing you guaranteed me being able to return home!

Before we leave you and blast into another parallel universe, please tell us about yourself and your inspirations!

Andrea in her own words…

I’ve made up stories for as long as I can remember – if you think about it we all do as children, in the imaginary worlds we create with our toys. As I got older I would “live” in the world from the latest discovery from the library, making up many “what happened next” stories, and even though I stopped playing, I still lived in those worlds until my late teens.

Once I graduated however I forced myself to stop this, thinking I needed to “grow up”, and that is one of my biggest regrets, as I’ve lost so many great ideas as a result.

I read so many books it’s hard to name inspirations – at one stage when I was younger I’d read 12-14 books a week, so to name them all would be impossible. I’m married, with an eleven year old daughter and a cocker spaniel named Ellie. In real life I’m a management consultant, specialising in transforming public services, which sounds quite boring doesn’t it?

Andrea Baker was born and raised in the beautiful English county of Warwickshire, where she lived with her parents and older sister. She left home to study at the University of Wales, Aberystwyth, from where she graduated with a Bachelor of Science, with honours, in 1992. She now works as an independent management consultant, and lives less than five miles from the town and castle of Kenilworth, in Warwickshire, with her husband and their daughter.

Worlds Apart is a series of romantic fantasy books, the first of which, entitled Leah, was originally released on October 11th 2012. Since January 2014 it has been published by Rose Wall Publishing.

I have made up, and written, stories for as long as I can remember, even before I could effectively write them down. Rose was a nickname that I had within the family as a child, and as a result, anything that I have written, has the pen name Rose Wall. Other than a few poems in student anthologies, none of my writing has been published.

The idea for Worlds Apart has been in my mind for quite a while now, and I often wrote ideas, and dream sequences down into a notebook. In 2010, I started converting these into a story, and completed almost thirty thousand words whilst still working full time, in a high profile programme run on behalf of the Department for Education.

The Programme was closed at the end of November 2010, and after managing the handover of outstanding matters to the Department for Education, I found myself unemployed in January 2011. During the next four months, while trying to find another job, I used my spare time to continue my writing, and this novel, Worlds Apart: Leah, and the outline for its sequel, is the result.

Nightmares are just dreams, aren’t they? They cannot hurt you.

It is simply your mind playing tricks…

Leah’s nightmares are trying to tell her something, something her mind is refusing to let her see.

At nineteen, Leah is still mourning the untimely death of her mother in an accident five years earlier. Her Father decides to move them both to a small Warwickshire town, for a fresh start. But Leah is plagued with terrifying nightmares, that seem to spill into her waking hours, and which somehow bring her comfort as well as fear. Conscious of the warnings in her dreams, and nervous of his growing temper, she deliberately withholds the details of these dreams from her Father.

One morning, Leah sets off up to the Castle, even though her Father would be furious that she had gone there alone. Settling down in her favourite spot, she dozes off in the sunshine, and for the first time experiences a nightmare outside the safety of her home. Disorientated from being awoken mid-dream, she instinctively distrusts the handsome young stranger, Ben, who had awoken her from her dream, yet is strangely attracted to him.

Over the next few weeks the two young people get to know each other better, and Leah finds herself more and more attracted to Ben. Her father finally discovers the relationship when she comes home late one evening. He attacks her, bruising her arm badly.

She fails to hide the injury from Ben the next day, avoiding the subject by questioning him about his music. As a thunder storm erupts they leave the shop at a run, racing together to his car. Suddenly, out of nowhere, a motorcycle skids in the rain, crashing into Leah and sending her flying into a wall.

Her recovery is hampered by her father’s temper and a break-in at the hospital, but this is tempered with the deepening relationship with Ben. Forced to move in with his family, Leah overhears mysterious conversations, her dreams begin to worsen and violent storms rage as she attempts to piece together the jigsaw of facts as they start to emerge.

A climactic event following a regional talent show final sees both Ben and Leah being severely injured, but they are saved by mysterious creatures. Passing out as a result of her injuries, and her discovery, Leah is transported back to the house, but when she awakes, Ben is missing. Forced into a journey of discovery, she finds hidden, surreal worlds within traditional English settings along with a truth about herself and her past that she can barely allow herself to believe, let alone understand.

Thank you, Andrea. Congratulations, you are survivor! A passing exploratory science vessel has honed in on your distress beacon, you’re going home!!!